Diabetes is a disease that occurs when your blood glucose (also known as blood sugar) levels are unusually high. Blood glucose is your primary source of energy, and it is obtained from the foods you consume. Insulin, a pancreatic hormone, facilitates the passage of glucose from food into your cells for use as energy. It’s possible that your body doesn’t generate enough or any insulin, or that it doesn’t use it effectively. Glucose remains in your circulation and does not reach your cells as a result. 14th November is celebrated as ‘World Diabetes Day’ throughout the world to spread awareness. 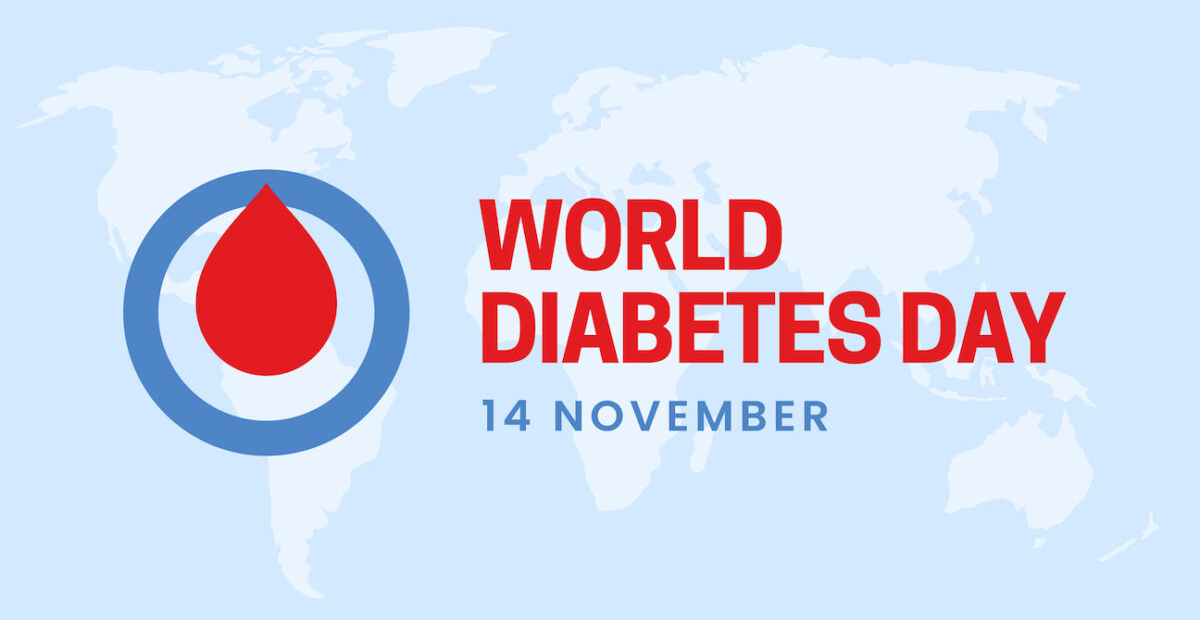 MNT (medical nutrition treatment) is an important part of diabetes care. Balancing macronutrients, lowering carbohydrate load, lowering glycemic index, and creating an overall healthy dietary pattern are emerging as improved options for MNT in diabetes. Diabetes is more likely if you eat a high-fat, high-calorie, and high-cholesterol diet. Obesity (another risk factor for diabetes) and other health problems can be exacerbated by a bad diet. A fibre-rich diet is low in fat, cholesterol, salt, and sugar. Also, keep an eye on your portion size. What you eat is only as significant as how much you eat. A variety of complex carbohydrates (such as whole grains), fruits, and vegetables should be included in your diet. It is critical to consume at least three meals per day and to never skip a meal. Every day, eat at the same hour. This aids in the maintenance of your insulin or medication levels as well as your blood sugar levels. Avoid empty calories, such as sugary and fatty foods, as well as alcohol. 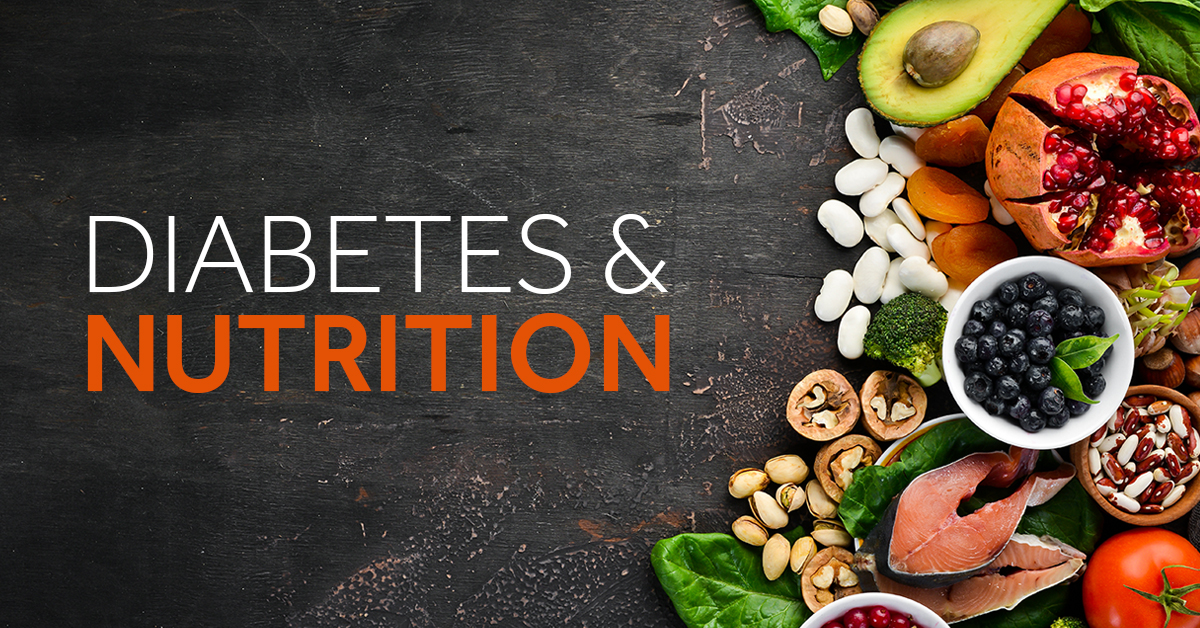 When we consume specific starches, enzymes break down the bonds and convert them to glucose, which affects our blood sugar levels. Some starches, such as those found in potatoes, have a higher glycemic index, which means they break down more rapidly, resulting in faster glucose uptake and a potential blood sugar surge.

Non-starchy vegetables are one of the best things to eat if you have diabetes. They’re not only filling, but they’re also high in vitamins and minerals that help balance your blood sugar. You can eat as many non-starchy veggies as you want without worrying about excessive blood sugar swings because they are a full food with trace amounts of sugar and high fibre levels. Choose fresh, tinned, or frozen veggies that have no added salt or sauce to get the most out of your non-starchy vegetables. Broccoli, avocado, celery, cauliflower, cucumbers, green beans, mushrooms, and onion are examples of low-starch foods. 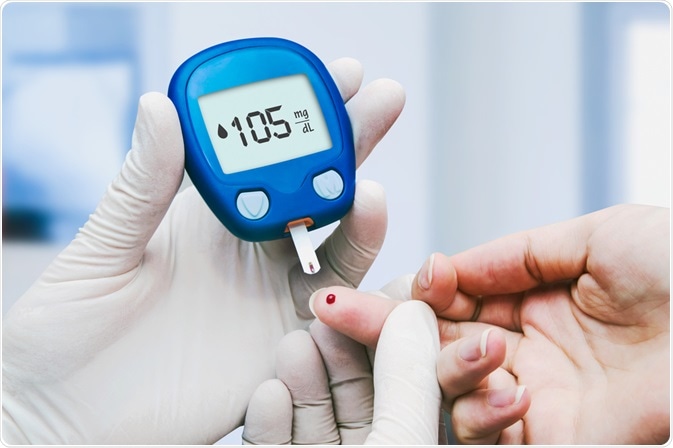 Many of the best leafy greens are classified as non-starchy vegetables, but they deserve to be listed separately. Leafy greens are high in nutrients and low in digestible carbs when compared to other vegetables. This implies that no matter how many you eat, your blood sugar will not rise significantly. Because they are strong in vitamin C, spinach and kale are two of the greatest leafy greens to incorporate into your daily diet. Vitamin C aids in the control of type 2 diabetes and can help you feel better in general. Leafy greens also provide antioxidants that protect your eyes from diabetic problems.

Fatty fish, such as salmon and anchovies, provide a considerable amount of the omega-3 fatty acids DHA and EPA, which can help protect your heart from potential diabetes issues. After ingestion, DHA and EPA both protect your blood vessels, reduce inflammation, and improve artery function. Because diabetes practically doubles your risk of heart disease and stroke, including fatty fish in your diet can help you avoid significant consequences. 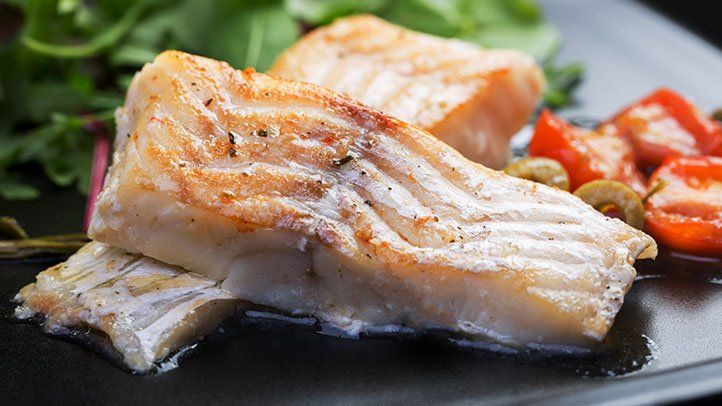 Diabetes is known to be controlled by some types of seeds. If you have diabetes, you should eat chia seeds and flax seeds. Chia seeds are high in fibre, low in digestible carbohydrates, and have been shown to reduce blood sugar levels. As a diabetic, this is tremendously beneficial to proper control. Flaxseeds are also beneficial because they can aid in blood sugar control. Spices are potent tools, particularly when it comes to diabetes management. To receive the optimum outcomes, both cinnamon and turmeric should be included in your diet on a daily basis, and doing so is simple with a few simple actions. Cinnamon has been demonstrated to lower blood sugar levels, enhance insulin sensitivity, and cut haemoglobin A1c levels in diabetics. Turmeric also has anti-inflammatory and anti-glycemic properties.

Sugary drinks are the worst drinks to ingest if you have diabetes. These beverages are high in fructose, a sugar that has been related to insulin resistance and diabetes. Consumption of sugar-sweetened beverages has been linked to an increased risk of diabetes-related illnesses such as fatty liver disease. Flavoured yoghurt is usually made with nonfat or reduced-fat milk and is high in carbohydrates and sugar. In fact, a 1-cup (245-gram) serving of fruit-flavoured yoghurt might include roughly 31 grams of sugar, accounting for nearly 61 per cent of the calories. Frozen yoghurt is seen as a healthy alternative to ice cream by many people. It can, however, have the same amount of sugar as ice cream, if not more. Rather than choosing high-sugar yoghurt that can cause blood sugar and insulin levels to surge, go for plain, whole milk yoghurt, which has no added sugar and may help you lose weight. White table sugar, as well as specialities such as candy, cookies, and pie, are normally avoided by diabetics. Other forms of sugar, on the other hand, can cause blood sugar spikes. Brown sugar and “natural” sugars such as honey, agave nectar, and maple syrup are examples. Despite the fact that these sweeteners aren’t heavily processed, they have about the same amount of carbs as white sugar. In fact, the majority of them have much more. 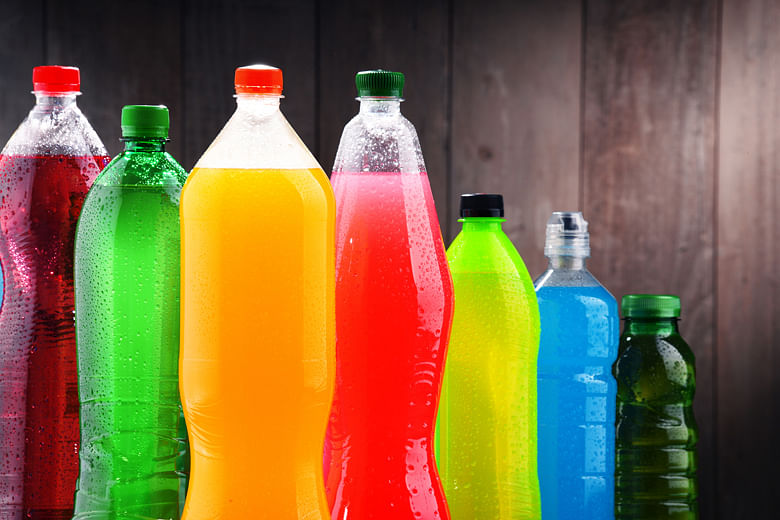 Fruit is high in vitamin C & potassium, as well as other essential vitamins and minerals. Fruit is dried, which causes a loss of water, resulting in even larger quantities of essential nutrients. Regrettably, the amount of sugar in it also rises. As a result, raisins have more than four times the amount of carbohydrates as grapes. The Carbohydrate Content of other varieties of dried fruit is similar to that of fresh fruit. A diabetic person should avoid packaged snack foods as they’re usually produced with refined flour and contain few nutrients, but they’re high in fast-digesting carbs that spike blood sugar quickly. Although fruit juice is commonly regarded as a healthy beverage, its blood sugar effects are comparable to those of sodas and other sugary beverages. This applies to both unsweetened 100 per cent fruit juice and juice with added sugar. In certain cases, fruit juice has more sugar and carbohydrates than soda. French fries are a food you should avoid if you have diabetes. Carbohydrate content in potatoes is relatively high. One medium potato has 34.8 grams of carbohydrates, with 2.4 grams of fibre. When peeled and cooked in vegetable oil, potatoes, on the other hand, may do more than only elevate blood sugar. Deep-frying foods has been demonstrated to produce hazardous substances such as advanced glycation end products (AGEs) and aldehydes in excessive quantities. These substances may enhance the risk of disease by promoting inflammation. 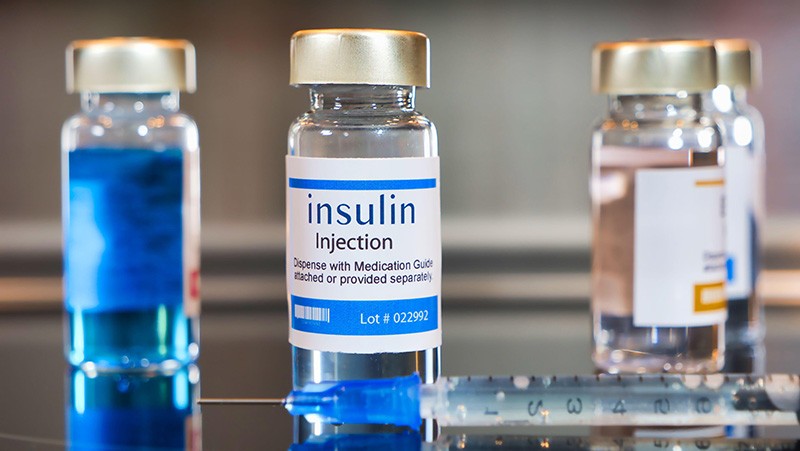 Type 1 diabetes was the most common among children and teenagers. It was referred to as “juvenile diabetes.” The pancreas does not produce insulin in people with Type 1 diabetes. Insulin is a hormone that aids the entry of glucose (sugar) into your cells to provide energy. Too much sugar remains in the blood without insulin. Type 2 diabetes is now affecting people of all ages. Type 2 diabetes was previously known as adult-onset diabetes. However, due to an increase in childhood and adolescent obesity, it is becoming more common. The body does not manufacture or utilise insulin well in Type 2 diabetes. Children who are overweight or obese, have a family history of diabetes, or are not physically active have an increased chance of developing type 2 diabetes. To keep your child’s blood sugar level as close to normal as possible, you’ll work closely with his or her diabetes treatment team, which includes a doctor, diabetes educator, and dietician. The following are some of the treatments for type 1 diabetes:

Diabetes is a disorder in which the blood contains an excessive amount of glucose (a form of sugar). High blood glucose levels can harm the body’s organs over time. Long-term effects include damage to large (macrovascular) and minor (microvascular) blood arteries, which can result in heart attacks, strokes, and problems with the kidneys, eyes, gums, feet, and nerves. 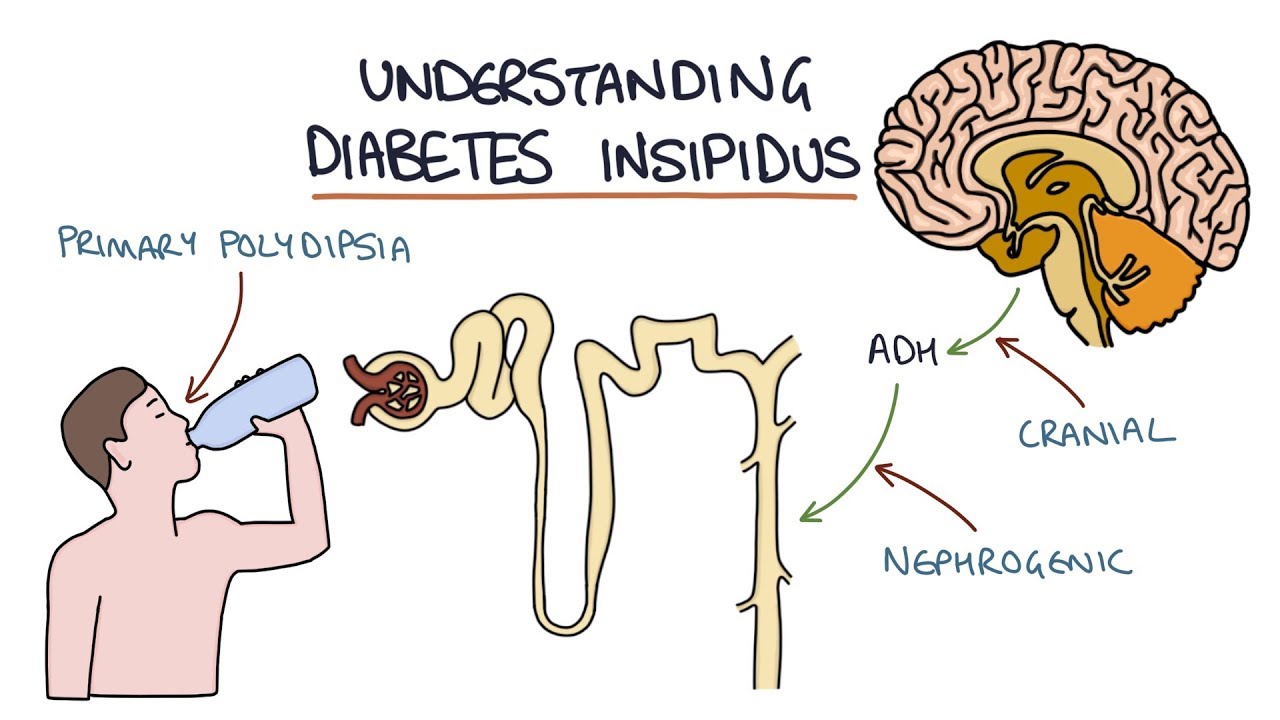 Other hormones are utilised to convert fat into energy if your pancreas produces little or no insulin, or if your body can’t use it. High levels of potentially harmful chemicals, such as acids and ketone bodies, can ensue, potentially leading to diabetic ketoacidosis. Diabetes can damage your kidneys and limit their ability to filter waste from your blood. If your doctor discovers microalbuminuria or elevated protein levels in your urine, it may indicate that your kidneys aren’t functioning properly. Diabetic nephropathy is a kidney condition caused by diabetes. This illness does not manifest symptoms until it is advanced. Diabetes increases your chances of developing high blood pressure, which puts your heart under even more strain. High blood glucose levels can contribute to the production of fatty deposits in the walls of blood vessels. It can impede blood flow over time and raise the risk of atherosclerosis, or blood vessel hardening. Diabetes can harm your skin, which is your body’s biggest organ. Your body’s lack of moisture as a result of high blood sugar can cause the skin of your feet to dry up and crack, in addition to dehydration. Hormone changes during pregnancy can lead to gestational diabetes, which raises your risk of high blood pressure. Preeclampsia and eclampsia are two types of high blood pressure diseases to be aware of during pregnancy. Diabetic neuropathy, or nerve damage, is a complication of diabetes. This can alter your feelings about heat, cold, and discomfort. It can also increase your risk of harm. It’s also more likely that you won’t recognise these injuries and allow them to progress into major illnesses or diseases.

We at QUA nutrition help people to treat Diabetes by implementing scientifically-proven nutritional theory. With the help of a certified nutritionist, we create a diet plan by keeping all the factors in mind. We urge you to speak to your personal dietician or if you need help, contact a nutritionist at Qua Nutrition. You can contact us at 09743430000 or log on to quanutrition.com to Book An Appointment.